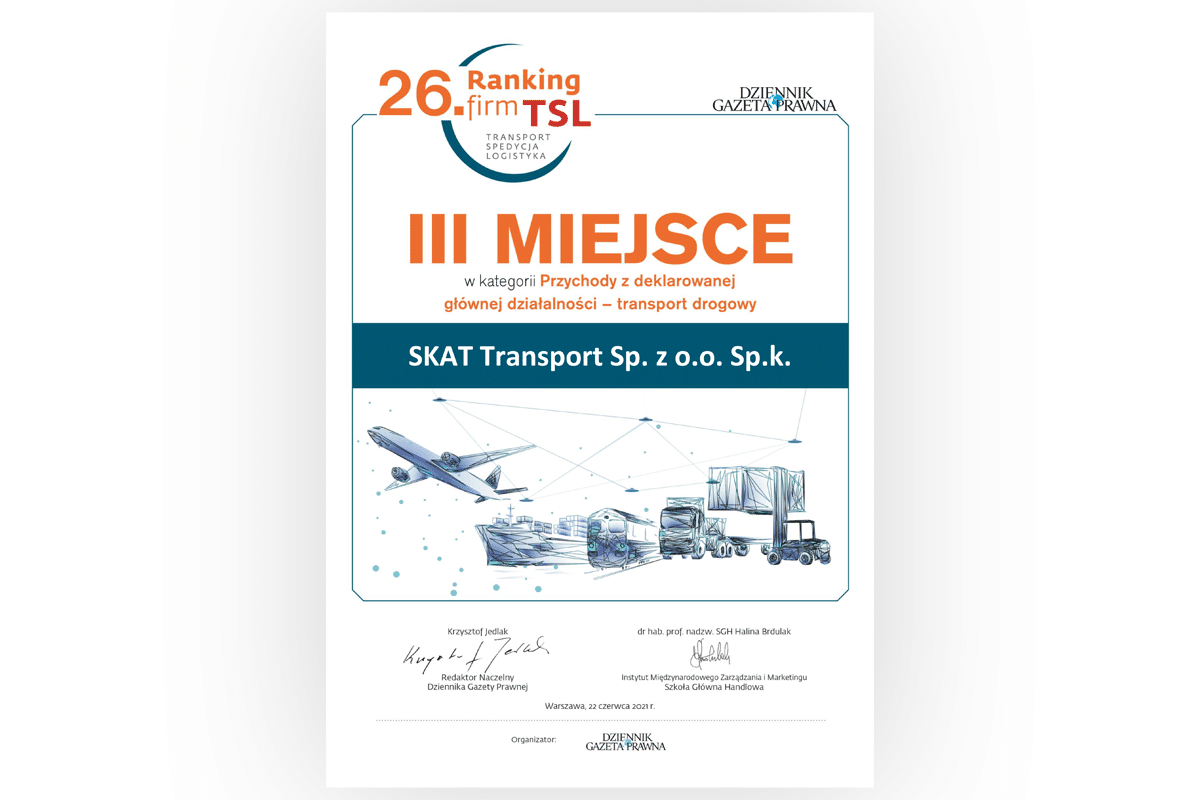 On 22 June, the formal Gala of the 26th TFL Ranking of Dziennik Gazeta Prawna was held. SKAT Transport has been ranked third in the category “Revenue from Core Business – Road Transport”. It is a great honour for us and a proof of the company’s stable development in 2020, the year of the pandemic.

82 companies have participated in this year’s ranking. Despite the pandemic, the TFL industry, represented by the companies included in the ranking, have achieved an increase of 7.1% compared to 2019. Gross profit and employment have increased by 34% (by 30%). The TFL industry, despite the pandemic, Brexit and regulatory changes, have managed to adapt quickly to the new conditions. Most of the representatives of the Polish TFL industry are quite optimistic about 2021.

In 2020, SKAT Transport maintained the revenue growth rate of 2019 (103%) and increased employment. In the general TFL ranking, SKAT has been ranked sixth if only companies with Polish capital are taken into account.

Congratulations to all the other awarded companies as well. Together we are the real driver of the Polish economy. We wish you further growth in 2021!