The TSL industry is a real universe where there is so much going on that a 24-hour news broadcast would be needed to catch up with everything all the time. Therefore, in our periodic review, we try to talk about what is really important: current interesting information, titbits, bombshells and an overview of the ongoing legal changes. This week’s edition discussed the confusion over CB radios in Germany and the A1 motorway, whose construction is slowly coming to an end.

Will vehicle inspections be more expensive?

Drivers and entrepreneurs are required to bear these costs at least once a year. But diagnosticians believe that the rates for compulsory vehicle inspection are too low. For trucks (from 3 to 16 tonnes GVW), the price is PLN 153. An ever higher price is charged for vehicles over 16 tonnes. These rates have not changed for years. The representatives of the Polish Chamber of Vehicle Diagnostic Stations are convinced that the rate should go up. Politicians have been also involved in the case. The issue has been recently addressed by an opposition MP with a question to the infrastructure minister about the lack of adjustment of the rates to the current economic situation. The Ministry of Infrastructure has already answered this appeal, announcing that work on the adjustment of the fees will start once the EU directive and the amendment to the law on organisational conditions to be ensured by an entrepreneur running a motor vehicle diagnostic station are implemented. The President of the Polish Chamber of Motor Vehicle Diagnostic Stations has reminded that entrepreneurs operating diagnostic stations must ensure compliance with appropriate standards, but the rates remain unchanged despite the growing costs of business.

A1 motorway – getting closer to the end of the construction works

Sections of the A1 motorway are being put into operation one by one. This is good news not only for ordinary drivers, but also for entrepreneurs. This time, a five-kilometre section on the route between Piotrków Trybunalski and Kamieńsk has been opened. New sections are due to be opened soon, including another four-kilometre section of a southbound carriageway (as early as July) and then a two-kilometre section to Kamieńsk. At the end of the summer holidays, an almost seven-kilometre section will be put into operation. This will mark the end of the famous Gierek’s route, which will be replaced by a modern motorway. Initially, drivers will use one lane in one direction, but later this year two lanes will be opened in each direction (to Łódź and Częstochowa), making it possible to easily cover the entire Łódź part of the A1 motorway. If everything goes as planned, in a year’s time it will be possible to take the A1 motorway from the Tri-City to the border with the Czech Republic.

How about CB radios in Germany?

This subject keeps coming back like a boomerang and it looks like it will continue to remain open. Our western neighbours have been planing to impose a ban on the use of these devices. The discussion has been going on for years. Starting from July last year, the use of these receivers was supposed to be prohibited once and for all, with the penalty for breaking the law as high as 200 euros. There has been, however, a transition period that is about to end. And what’s next? Organisations of transport companies have called for another extension of the transition period, and the Ministry of Transport and Digital Infrastructure has accepted this appeal with understanding. Officials have asked the authorities of individual federal states not to impose penalties on drivers who keep using such equipment. Further decisions are at the discretion of the individual federal states, but some decision-makers have already announced that they will not penalise drivers who use the devices – at least for another year. This is the case with Hamburg. The use of CB radios is prohibited in such countries as: Spain, Russia and Sweden.

Companies operating on the European market have more and more objections to the solutions adopted by Denmark, which make their business very difficult. The rules that, according to industry representatives, are particularly burdensome include: the need to report all transport services to the Danish Commercial Supervision and to provide detailed data on business activities conducted in the previous year (in English or Danish). There are heavy financial penalties for any non-compliance. According to analysts, the level of complexities in this Scandinavian country has become even higher this year. This is due to the new law effective from January 1, under which there is a minimum hourly wage for drivers. It applies not only to local but also foreign carriers. According to experts, the rules, which have been intended to improve the situation on the Danish market, may put the local transport industry in serious trouble.

Not everyone thinks about security.

If everyone kept the fundamental rules in mind, the roads would be a safer place. Unfortunately, this is not case. The results are sometimes deleterious. The driver of a truck which overturned near Włoszczowa had almost one per mille of alcohol in his blood. The 43-year-old man was transporting apples, so the fruits covered the surface of Road 786. A Belarusian driver who was stopped for inspection by inspectors from the Kłodzko branch of the Office of Technical Inspection had 1.8 per mille. The officers were alarmed by the late reaction of the driver, who stopped a few dozen meters past the checkpoint, and then by his unnatural behaviour. The breathalyser test clarified the situation. The 40-year-old man was detained by the police. Equally strange was the behaviour of a driver who turned into a side road at the sight of inspectors from the Ostrów branch of the Office of Technical Inspection. The officers were not convinced by the explanation that he just wanted to top up the radiator fluid. It soon became apparent that he was attempting to dismantle the magnet with which he had manipulated the tachograph, falsifying working hours and also tampering with the vehicle’s odometer. The police were called to the scene.

Stena Line’s ro-pax Stena Scandica (formerly known as Stena Lagan) is now ready to be back on its route. The vessel has undergone modernisation at Sedef Shipbuilding. It has been lengthened (the ferry has been cut and then equipped with a new 36-metre section). This has made it possible to increase the cargo space by 30 percent. The ship is now 22 2m long and the rolling cargo lane is 2,875m. The interior of the ship has been rebuilt. The bow section has been replaced. In terms of capacity and many of the solutions applied, the ship has come close to modern E-Flexer ferries. The ferry is now much more efficient and environmentally friendly. Built in 2005, it has already set off from Turkey and is now on its way to the Baltic Sea. It is on the Baltic Sea that the ferry will start operating the Stockholm Norvik/Nynäshamn-Windawa service. Stena Scandica was originally planned to appear on this tour early this year. Once the pandemic broke out, this schedule fell apart. Similar changes are now under way for Stena Baltica (formerly Stena Mersey), a sister company, which is also expected to appear on the said line this autumn. Click HERE for more news from the ferry industry. 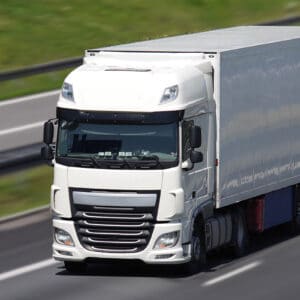 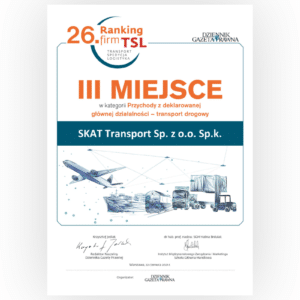