The TSL industry is a real universe where there is so much going on, so to catch up with everything all the time it would require a 24-hour news broadcast. This is why in our cyclical review we try to talk about what is really important; current interesting information, fascinating facts, bombshells and familiarize you with the ongoing legal changes. This week we are discussing an unusual situation during a routine inspection. Drivers were so tired they … fell asleep

The electric revolution is becoming a fact?

There are more and more such opinions, and the one coming from Denmark is a very strong one. The country appealed to the European Commission to make a decision that would mean, in fact, the end of the combustion engine era. We must admit that the vision drawn up by this Scandinavian country is quite ambitious – Denmark wants the limit set by the European Union to be set for 2030. Copenhagen believes that taking such a step is necessary due to the climate situation. Analysts, however, believe that a favourable response to the Danish proposal could end in disaster, including job losses on an unimaginable scale and the closure of an entire car manufacturing sector – not only assembly lines, but also plants that today produce parts for combustion engine vehicles. But before Denmark’s proposal is discussed at all, we are looking forward to the entry into force of the new and very prohibitive emission standard – Euro7 – which also poses a great challenge for the entire automotive industry.

Ticket in Russia? It will be hard to avoid it

New rules have been introduced in Russia that will make it difficult for drivers and carriers to escape unpaid fines imposed on them in the past. The remedy for “forgetfulness” is to be a thorough background check of the carrier’s vehicles. Detection of an unpaid fine in principle means that it must be paid immediately. Otherwise, the vehicle is not be allowed into the country. Exactly the same procedure of border services should be expected in the case of departure from Russia – financial arrears, resulting from unpaid fines or imposed fines, will not allow to leave the country. This is expected to lead not only to increased collecting capacity but also to improved safety. Notoriously ignoring the need to pay your obligations can result in being banned from entering Russia.

Cargo thefts are the scourge of truckers

7 million euros in losses and 274 cases of theft – these are the spring theft statistics (March to April) affecting supply chains. This means that the average value of a cargo robbery is €66,000. However, the cases in question are only those reported to TAPA (Technology Asset Protections Association) and only those committed in Europe, the Middle East and Africa. Among the reports registered in the past months, one involved the theft of phones worth €3.3 million! The incident happened in South Africa. In the whole of 2020, losses in the three regions listed amounted to EUR 172 million (6463 cases of theft). 3/4 of the thefts reported to the organisation took place in the UK and Germany. Food products and tobacco were most often stolen.

Fell asleep during the inspection

Drunkenness or fatigue among drivers are two phenomena that the services on the roads are fighting against and which have a serious impact on safety. Unfortunately, there has been no shortage of situations in recent days that arouse public opposition – including incidents involving truck drivers. The most bizarre of these took place in Wałbrzych, where drivers who drove across Poland without resting were stopped for an inspection. They left Radom and drove almost continuously for approx. 1500 km. In addition, one of them had his driving licence confiscated and the vehicle itself did not have a valid technical inspection. Drivers were so tired that they simply fell asleep during the activities performed by officers. And on the national road 22 there was the arrest of a truck driver who had more than 2 per mille of alcohol in his system. The 47-year-old was zig-zag driving his truck when he was spotted by another road user who decided to ask about his well-being. As the truck stopped on a bus station, it turned out the driver was drunk. The witness pulled the key out of the ignition and called the police. The 47-year-old was going by truck to Germany. Road Transport inspectors had a lot of work near Gorzów Wielkopolski. During the inspection, one of the drivers detained smelled of alcohol. The driver carrying steel from Krakow to Szczecin had 2.3 per mille of alcohol in his blood.

Vaccinations for drivers. Certificates will be accepted globally?

The topic of COVID-19 vaccinations for professional drivers, as well as related procedures, returns like a boomerang. The head of WHO recently stated that urgent development of an international standard of vaccination certificate for professional drivers is needed. Tedros Adhanom Ghebreyesus acknowledged that it should have a digital certificate form and should be accepted by all countries in the world. The representative of the World Health Organization responded positively in this way to the appeal of the International Road Transport Union, which called on the WHO and governments to introduce such a mutually recognised document. Adhanom acknowledged that truck drivers represent a key profession in the fight against the pandemic and in maintaining the safety of supply chains.

Grimaldi with another giant ship

Grimaldi Group does not slow down the pace when it comes to the acceptance of modern ships of GG5G series. On 4 June this year, the Italian tycoon picked up another vessel, the fifth of this type, at the Jinling plant in Nanjing. This real giant (238 m long, 7800 m long rolling load lane), which has been named Eco Catania, develops a speed of almost 21 knots (38 km/h) The prefix ‘Eco’ is not excessive. Thanks to the technologies used, this hybrid ship emits half the amount of CO2 per unit of cargo compared to vessels in operation to date. It is designed to turn into a zero-emission vessel during port calls and is also able to use the energy provided by the solar panels installed on board. “Eco Catania is the latest of the tangible proofs of our commitment to accelerate the green transformation of the transport industry,” – said Emanuele Grimaldi, head of Grimaldi Group. The ship will operate connections between mainland Italy, Sicily and Malta. Click HERE for more news from the ferry industry. 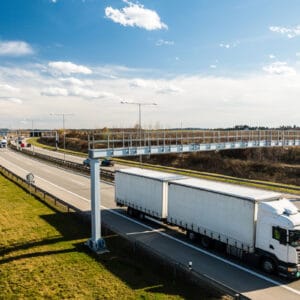 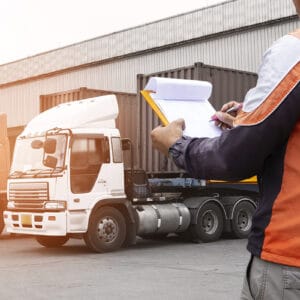