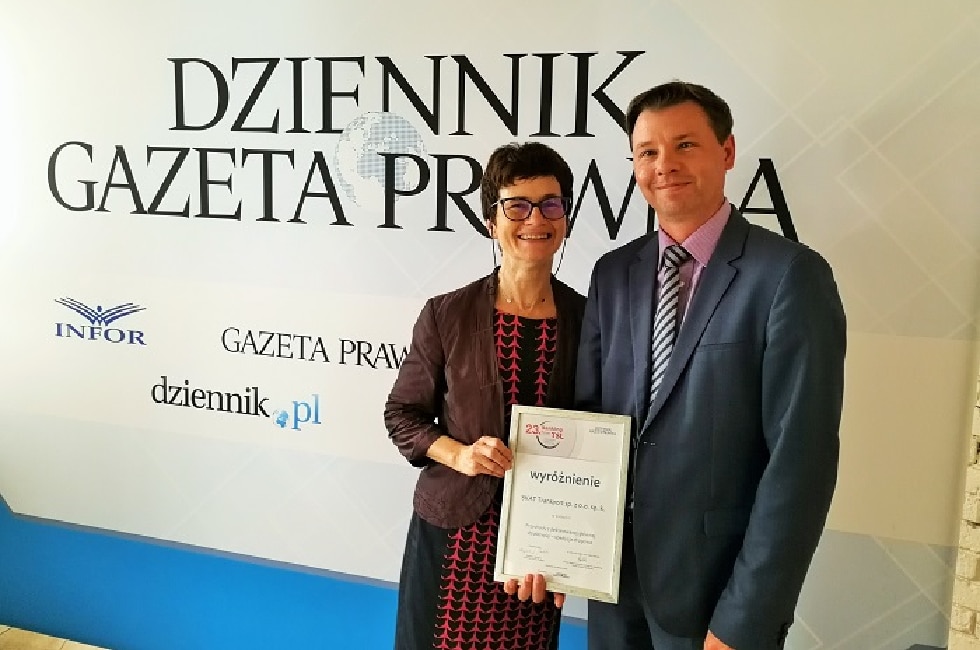 The best companies registered in Poland and operating in the TFL sector were awarded at the gala in Warsaw held by Dziennik Gazeta Prawna.
The current 23rd edition of this ranking has been traditionally prepared under the direction of Ms.
Halina Brdulak, a professor at
the Warsaw School of Economics.

In his speech, Marek Tejchman, Deputy Editor-In-Chief of Dziennik Gazeta Prawna, emphasised that in these times of global competition the best strategy is to invest in and maintain Quality.
The professor congratulated all companies on last year’s successes and said that it is our industry that pushes the Polish economy forward and that, despite regular difficulties in running a business in the TFL industry, the growth rate of the ranked enterprises, measured by operating revenues, was
more than twice the GDP (4.6%) in 2017, which is 13% (compared to 11% in 2016)!
Employment in the industry grew slower than revenues and was 9.3%

The results of the ranking have also shown that companies with Polish capital recorded higher revenues in 2017 (+15% compared to 2016) than companies with foreign capital (+10.7%).

Compared to thousands of transport and logistics companies, SKAT Transport has maintained its growth rate and was once again awarded in the “Revenue from the declared core business – road freight forwarding” category.

“Our company has been operating on the market for almost 30 years and we are proud that the entire SKAT Group is at the top of the European industry thanks to the work of our employees and drivers, as well as the commitment of our subcontractors and the trust of our Clients.
We would like to sincerely congratulate all of our employees, drivers and business partners, as well as all the awarded companies,” said SKAT Transport CEO Waldermar Łazarczyk

The EKOJANOSIK award for SKAT Transport

The Polish Parliament to appreciate pro-environmental actions by SKAT Transport 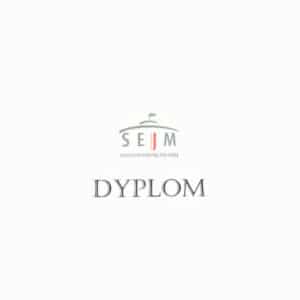