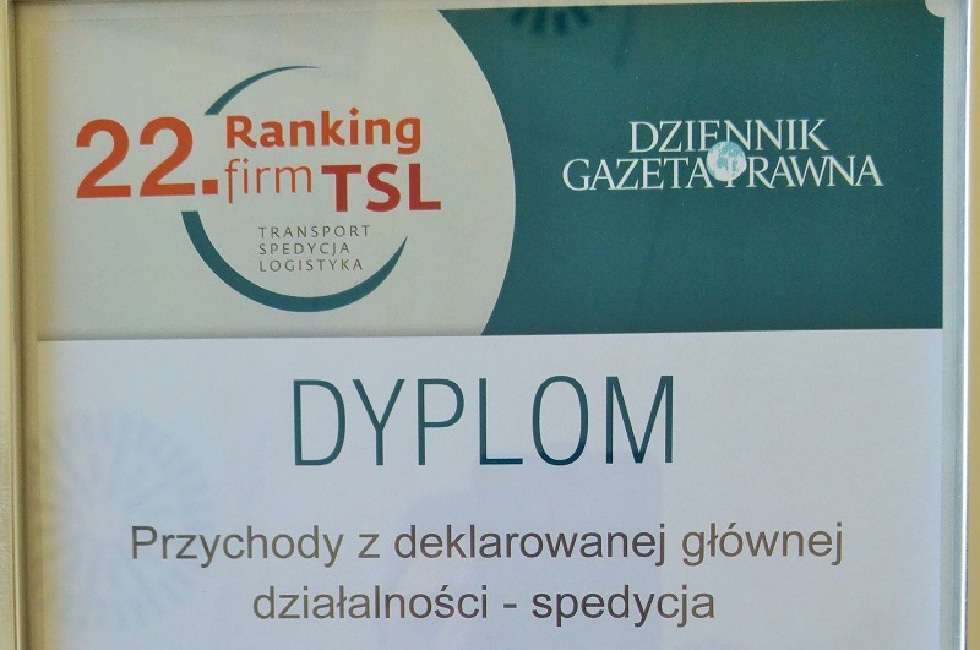 Yesterday’s gala in Warsaw, organised by the Dziennik Gazeta Prawna daily, awarded the best companies from the TFL sector. This year, the 22nd edition, it was prepared under the supervision of Professor Halina Brdulak, PhD, of the SGH Warsaw School of Economics.

Our company has been ranked among the leaders for years, and this time we were honoured to be awarded in the category “Revenue from the Declared Primary Activity – Forwarding.”

An optimistic remark was made at the meeting that, despite the regular obstacles in the TFL business, the 2016 growth rate of the ranked companies, based on revenue from Transport-Forwarding-Logistics activities, was over three times higher than the GDP growth rate, reaching 11 percent (versus 8.9 percent in 2015). At 8.4 percent, the employment rate growth was lower, almost 1.5 percentage points below the 2015 value. The other ratios were positive as well.

We would like to congratulate all of our employees, drivers and business partners, as well as all the awarded companies. 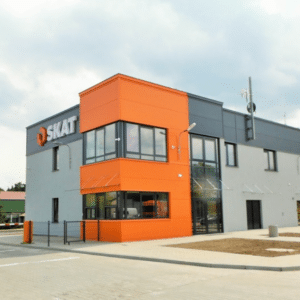 Thorough modernisation of our transportation base and SKAT Transport branch 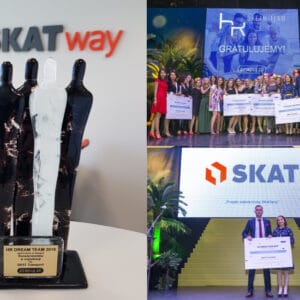