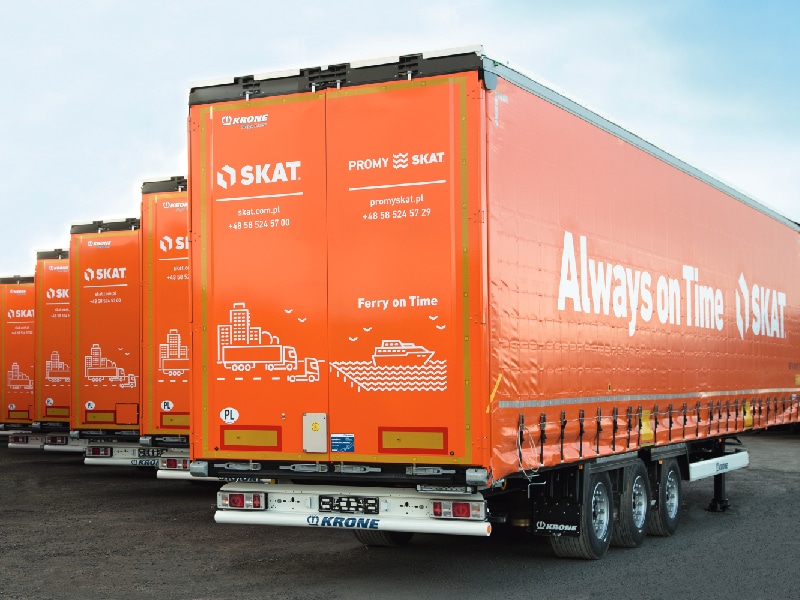 Werlte, November 2015 – 50 KRONE Mega Liner Huckepack trailers have been officially handed over by Jacek Białobrzewski, the Director of the North Region POZKRONE, and Marek Posmyk, the KRONE representative responsible for the Polish market, to the Polish company SKAT Transport, represented by CEO Waldemar Łazarczyk.

“Why have we once again invested in a KRONE trailer fleet? Throughout many years of our transport operations on the international and domestic market, we have had the opportunity to test hundreds of trailers made by renowned manufacturers in various operating conditions. During use, KRONE trailers demonstrated high durability and low failure rate. This is already a second hundred of these units used by our fleet. This year we have purchased a set of KRONE Mega Liner Huckepack trailers. The purchase was dictated not only by the long-term strategy of regular upgrades of our fleet, but also by the fact that this is the third year of our development of the intermodal transport service using our own transport units. The new purchase will increase our ability to implement the strategy of moving cargo from road to rail and ferries. This will allow us to adapt to the expectations of our clients and achieve better financial results, but also to improve road safety, about which we care so much by completing hundreds of thousands of transports annually,” said Waldermar Łazarczyk, SKAT Transport CEO. 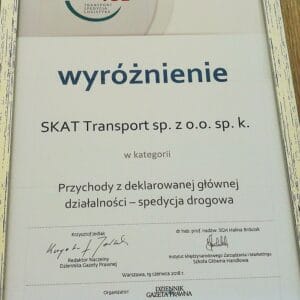 SKAT Transport as one of the largest Polish exporters 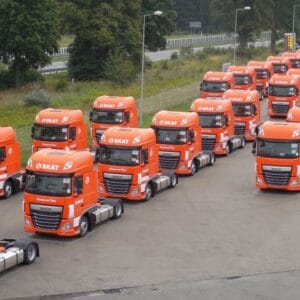